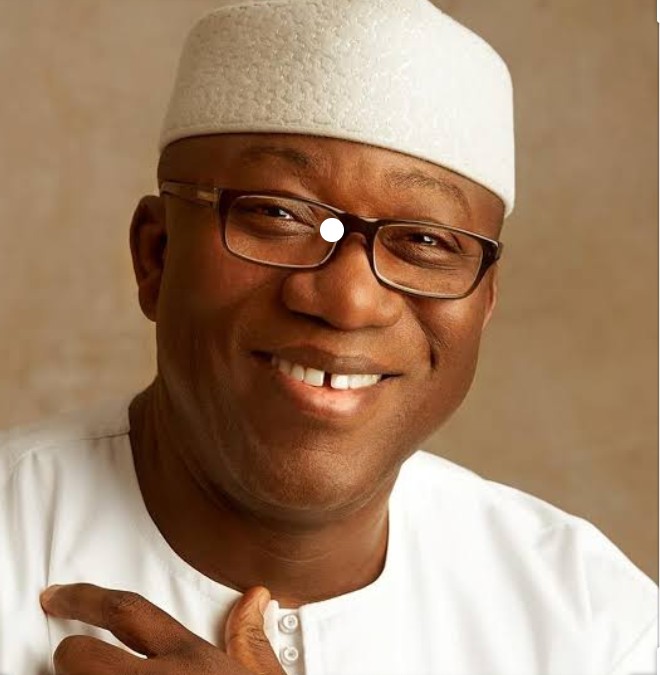 He said “Our attention has been drawn to the latest statement by Senator Dayo Adeyeye, where he accused the Governor of Ekiti State and Chairman of Nigeria Governors’ Forum, Dr. John Kayode Fayemi, of “suspected anti-party activities” for which the latter should be called to order.”

In the statement credited to him, Senator Adeyeye described Dr. Fayemi as a vicious leader with a mission to set APC on fire.”

What one could glean from the release credited to Adeyeye is that he was in a fight-flight mode while dishing out those words, and it felt really good for him to name-call or hit Fayemi, his perceived enemy below the belt.

Or else, how could an Adeyeye, whose antecedents are well known, accuse a Fayemi, one of the most brilliant, most reliable and courtly leader within the APC as a party and Nigeria as a country today of being anti-party?

No amount of character assassination from the likes of Adeyeye would reduce the governor’s relevance, and in his usual element, Fayemi would only wave it off as one the usual tantrums of a desperate politician in search of relevance.

In the said statement, Adeyeye called Fayemi out as a “vicious leader, with a mission to set APC on fire.” He further alleged that Fayemi had called for Nigerians to organise themselves and vote out his party, APC.

Adeyeye who described himself as the Chairman of a Southwest Agenda for 2023 (SWAGA), said he was reacting to “the lingering undemocratic approach of Fayemi to issues in recent times” and would want him called to order.

Although he failed to mention where Fayemi made the assertions, we suspect Adeyeye was referring to the Platformng appearance of the Governor where he, along with some other personalities discussed the topic: *Devolution of Powers: the solution to Nigeria’s problems.*

While fielding questions on the agitations by the youths, Gov. Fayemi said, the young people should stop agonising and start organizing. And that if they don’t like what APC is doing, there’s only one way: Let them organize, go to a party of their choice and vote against us.

And on the #EndSARS protest, he said: “The Five Point demands of the youths during the #EndSARS protests are absolutely laudable and on our part in Ekiti State, the issue of police brutality has been addressed and even acknowledged by the federal government. That is what has led to some of the tribunals that have been sitting across the country but I agree with the fact that some of these youths might have been left with a feeling of despondency or frustration if the end goal they were looking for in the process of pushing for their agenda on police brutality, it will go beyond that to seeking regime change.”

We expect Adeyeye as a journalist to know better than being narrow minded. Instead of accusing Fayemi of anti party activities, what this shows is Fayemi’s fairmindedness and democratic credentials.

But he has opted to deliberately apply the mischief rule in his interpretation of Dr. Fayemi’s words. We won’t blame him (Adeyeye) though, we can only regard him as an out-of-favour, narrow-minded and self-serving politician who is looking for a platform, real or imagined, to re-launch himself.

Also, we consider referring to himself as SWAGA Chairman within the APC as a misnomer. Perhaps Adeyeye needs to be reminded that the APC has since made pronouncements against setting up groups within the party.

Just last year June (2020), the Lagos APC, led by Asiwaju Bola Ahmed Tinubu dissolved all groups within the party into the APC structure in the state. According to a communique duly signed by the Governor’s Advisory Council, which is the highest decision making body within the Lagos APC, all groups, including the two most powerful -The Mandate Group and Justice Forum- ceased to exist. The resolution, Tinubu himself said, was to restate the often stated position that the only group known is the APC and not any of the factional groups.

One then wonders from where Adeyeye and his co-travellers derive their power to float another group within the APC, which they are calling APC members to start porting to. If this is not an anti-party move, then we wonder what it is.