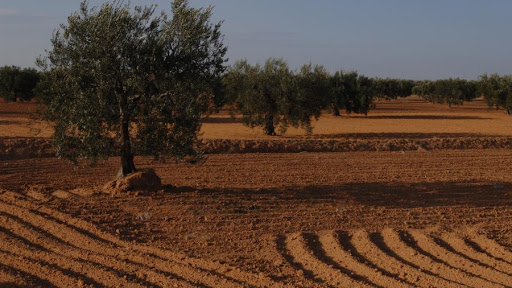 18 May 2021
In a petition dated May 10, 2021, the Ali Moibi-Balogun Family of Odo-Egiri Town in Eredo Local Council Development Area of Lagos seeks Governor Babajide Sanwo-Olu’s intervention after armed herdsmen forcefully took over their land and erected structures on it. In this interview with VICTOR AYENI, the lawyer for the Ali Moibi-Balogun family, Adeyemi Adegbite, explains the ordeal of the family

How long has the family been living on the invaded land?

Their forefathers handed it to them. In our petition, we said they inherited it from time immemorial. So, it predates Nigeria’s independence. You know in Yoruba culture, when you own a land, it is your father’s land from ages. It was not a land they came about in 10 or 20 years; it has been their inherited land.

At what point did they begin to notice the invasion on their land?

It was on March 4, 2021. That was the first instance that they experienced the incursion on their land. And then, they came back sometime in April.

How did the family members protect themselves during these attacks?

It was not all members of the family that were on the ground; they had some members and workers living on the land. Suddenly, these people invaded the land and started shooting indiscriminately. Probably, there have been some land trespassers who had been trespassing on the land. So, when they came and started shooting, the family members and their servants that were on the land escaped. That was on March 4. They reported to the extended family and that was when the family had to present the matter at the Noforija Police Station.

What was the response of the personnel at the Noforija Police Station?

As our petition captured, the first time the invaders came, the police responded swiftly. The people that invaded the land came with three motorbikes, a Honda Accord and the others were on foot. So, they were shooting indiscriminately to take possession of the land; then, those who escaped reported to the police. And as we said, the police at Noforija responded swiftly such that they were able to recover the Honda Accord that the invaders brought. Those on motorbikes, the three of them, escaped. Since then, the Noforija Police Station has been investigating it.

But all of a sudden it is like they developed cold feet such that even our client, the complainant, was treated like a suspect. It was at that point that they now briefed us and said they couldn’t take this; they needed a lawyer who would write a petition. That was when we came in.

Aside from the petition, which was aimed at giving a voice to this family, what do they want the government or the authorities to do for them?

Precisely, what they want is to get their land back and also to alert the government that there is danger somewhere in the Epe area, so that the government can quickly come and curtail the activities of the Fulani herdsmen.

That is what is written in the petition. How can some strangers from nowhere just come and take their land?

As lawyers, we have to tell the whole world that there is fire on the mountain. The rooftop has caught fire; we can no longer go to sleep. The government should drag these people away so that there can be peace in Lagos State. We do not want Fulani herdsmen coming from anywhere to come and disturb the peace that has been prevalent in Lagos State. That is why we had to petition everybody. We wrote petitions to the governor, the House of Assembly, the Inspector-General of Police, Commissioner of Police and all that this thing should be nipped in the bud.

You described these people as Fulani herdsmen, how are you sure? What is the level of ammunition they have?

These people came with guns and were shooting. They had knives and charms all over them. I was not there, so I would not know if it was an AK-47 or whatever. But they shot at people. So, if someone invades your land with a gun, you should know that it is not a mere threat. They did not even come as if they were passing by, they came to settle down. After they came and drove everyone away between their first and second attack, they already built huts. My clients were watching, wondering what happened on their land. They were taking pictures.

At a stage, it seemed that the police were helpless; there was nothing they could do. You know, maybe they were compromised or whatever and couldn’t take any further step until we decided to blow this open. But even before then, some people had been threatening them (the family members). They had percolators on their land and they knew their names. The community leader is of no assistance to them. Life has become unbearable for them; they cannot go to their farmland, and all of that. So, the reports that were supplied to us were included in our petition.

Whatever the authorities can do to come to the aid of our clients, we will appreciate it. And that will even save us the rigours of going to court, suing the government or suing people. If the government can stem it now, we will not need to go to court and say we want to file criminal action anywhere. That is the essence of the petition.

The family said the police branded them as suspects when they complained. Can you shed more light on this?

You see when the first occurrence took place, we said the police responded swiftly and they recovered some things, which we stated in our petition. After the second occurrence, something happened. What they expected the police to do, the police started to drag their feet. Yesterday, we were at the police area command and we met two DPOs from Noforija and Epe.

They gave us different versions of events. They said an incident occurred in which somebody got injured and they were trying to treat the person, but when they invited our clients, they failed to turn up. But our clients were saying that this particular DPO was not very cooperative with them and wants to turn them into suspects. So, this was what they briefed us about at the area command after we filed our petition.

That’s the most I know about this. It is not as if I have been following this thing for a long time, you know I was just brought in. They used another lawyer before, who was not available, who should be abreast of the facts. But because of the urgency of the case with herdsmen everywhere, everyone was apprehensive. We just wanted to do something so that we would bring it to the attention of the authorities.

Which police division or command was involved in this investigation?

That area falls under Noforija, but then, Noforija falls within Epe. But both DPOs there are hardworking. They stepped up and took this case seriously. In fact, when I met them, they had not even had some rest. They have been going up and down, trying to unravel the situation.

Are the herdsmen still occupying the land as we speak?

I have not been to the site. We lawyers rely on information provided to us by our clients. We attached some photographic evidence to our petition, so you could see that they were present. Then again, like I said, yesterday we were at the area command and we tried to get our clients to come to the area command, but they could not come. But then, when I called them to ask about their position if they were coming for the meeting at the area command, they told me that they noticed some herdsmen still on the land and they were trying to video them. Even when we got to the residence of my client at Epe with the DPO, the wife of the Olori Ebi confirmed to me that the Fulani herdsmen were still on their land.

Have the police visited the expanse of land to invite or arrest the suspects?

At the first instance in March, the police went there and recovered a car. That was when the DPO at Noforija said he saw someone there who was injured. I think he was bleeding on his head kind of, so he paid attention to him. Probably they might have gone back, you know, on some other occasions that we were not aware of.

Do you suspect that some powerful people in Abuja are supporting these herdsmen in some way?

Abuja? That is beyond my brief. We wrote a petition to the Inspector-General of Police. You see, this insecurity is nationwide, that is why we want to alert everybody. I wouldn’t know if anybody is supporting them. Support is a big word. I would not know if anybody is sponsoring or backing them from Abuja. My own is that we saw these people on the land and we have to alert the authorities.

Have the state government and House of Assembly responded to your petition?

Nobody has responded to our petition now except that the police are working hard. They are working round the clock. We have not received any correspondence from any authority. But I was even surprised, you see we did not write to the Commissioner of Police, we only copied him, yet the police are working. They are on top of the matter. They want to be sure that if there is such a thing, they will nip it in the bud.

Culled from The Punch Newspapers.