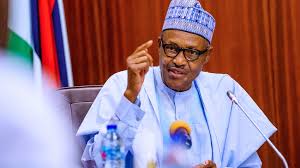 In a letter delivered to Buhari this week and made available to Irohinoodua, Human and Environmental Development Agenda (HEDA) warned that the country was sliding into the red light district of corruption and vice. The group also alerted that corrupt people were taking over critical institutions undermining the country’s anti-corruption profile.

The letter titled “Re Awakening the Anti Corruption Drive” and signed by HEDA Chairman, Mr Suraju Olanrewaju, the group said the volume of money linked to ignored corruption cases since 2015 when President Buhari assumed office was not less than N900b. The anti-corruption group regrets that many cases of corruption involving prominent people have been scuttled by government self-appointed gate keepers.

HEDA said the top corruption cases that appeared to have been swept under the carpet suggest that some N900b may have gone into the covers of corrupt officials.

“This only affects top corruption cases, yet we have many other smaller cases that have met institutional road blocks” HEDA said in the letter addressed to the President.

The cases include but not limited to the Managing Director of Fidelity Bank Mr. Nnamdi Okonkwo during the 2015 General Elections arrested by the Economic and Financial Crimes Commission for allegedly receiving $115million in cash from a former Minister of Petroleum Resources, Diezani Alison-Madueke, the Executive Director of First Bank Plc, Dauda Lawal, tried by the EFCC for allegedly handling the sum of $25m of $153m rolled out by Diezani Alison-Madueke, a former Minister of Petroleum Resources in Nigeria, former Comptroller General of Customs, Mr. Abdullahi Dikko was alleged to have stolen over N40 billion, who was asked to return N1.5 billion to the Federal Government, former Accountant General of the Federation, Mr. Jonah Otunla, linked to a N2 billion graft.

Others were the dubious payment of $16.9 million fees to two friends as new lawyers for the recovery of the loot traced to a former Nigerian Head of State, Sanni Abacha, after a Swiss lawyer hired and fully paid by the previous government, Enrico Monfrini.

HEDA listed official interfering in the investigation of a multi-billion Naira fraud in Nigeria Incentive-Based Risk Sharing System for Agricultural Lending (NISRAL) through a letter ordering the EFCC and the ICPC, the DSS and the Nigerian Financial Intelligence Unit (NFIU) to halt investigating the financial misappropriation in NIRSAL.

The group said the cases are well known and recorded by Nigerians and foreigners against the Buhari government adding that they are considered as failure to match your words and professed commitment against corruption with actions by your government.

“We believe that the manner in which the above cases were handled, indirectly or directly, portray the Nigerian government and her mandate to eradicate corruption in bad light in the global space” HEDA wrote in the letter.

Suraju said beyond the return of the culture of impunity into governance and management of public resources, the few corrupt and compromised elements have taken over the reign of power in government and supplanted leadership of both institutions and reversing the anti-corruption gains.

He said Nigeria is facing fast declining reputation, as evidence in the negative Transparency International’s perception reports in the recent years.

The group said the self-professed cardinal agenda of Buhari’s government and popular mandate of Nigerian citizens to fight corruption and restore the integrity of Nigeria amongst comity of Nations faces a huge threat.

HEDA said “Your Excellency, whereas this agenda of fighting corruption was vigorously pursued, albeit with some negligible shortcomings and international sabotage by some of your appointed officials and aides, significant results were recorded by the government and overwhelming supports received from local partners and international stakeholders, resulting in return of recovered stolen assets and aggressive investigation of several cases of past corruption cases by anti-corruption agencies, particularly the Economic and Financial Crimes Commission and the Presidential Panel on Recovery of Public Property.

Suraju said the latest letter was informed by the position that assist Buhiari’s government still retain genuine interest to fight corruption as a guiding principle.