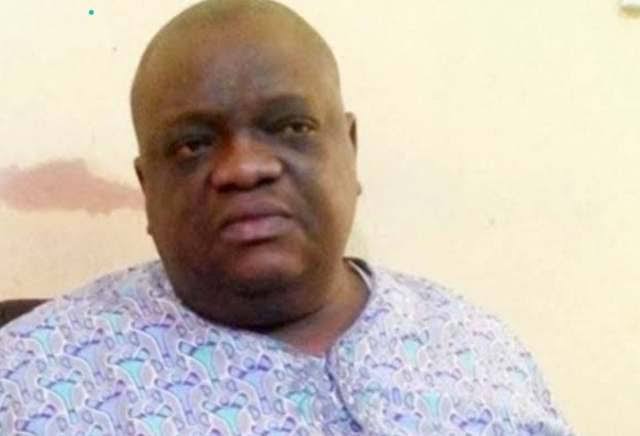 Didi Adodo, a Socialist who cared about people is gone

It’s not too pleasant to learn of the passing of my dear friend, brother, colleague and comrade, Didi Adodo, General Secretary, Iron and Steel Senior Staff Association of Nigeria (ISSSAN), who passed on this morning.

A two portfolio Commissioner under former Edo State Governor, Mr Adams Oshiomhole, our path first crossed in the early 80s when I used to voyage from Ife Varsity to partake in the activities of the students revolutionary group of the University of Benin. This later blossom into some deep relationship between the students comrades, the intelligentsia and the working class in that axis.

From S.O Giwa Amu, Jonathan Ihonde, Festus Iyayi, Grace Iyayi, Tunde Fatunde, Ehi Eboigbe, Mike Eboigbe and others, I got acquainted to many of the comrades that made the Benin Group thick. Adodo, then a budding member of the students revolutionary movement, would usually warm up to me each time I was around to share thoughts with members. While others would simply disperse after our gatherings, Adodo would always worry and take care of my welfare issues.

About this time, Prof Itse Sagay and Prof David Aihe, who moved from Ife to incubate the Law Faculty in Uniben, also headhunted some radical academics like Chris Theoderopolus, renowned for his involvement in the Greece students revolt in the 70s. Chris’ home then off Uwasota street, was the rallying point. It was meeting venue away from the prying eyes of the Uniben authorities and a rest abode each time I visited Benin City. I also met Osagie Obayuwana, who had then just returned from America to join the Uniben Law Faculty, for the first time in Chris’ home which became a melting pot for revolutionary cadres.

Our paths later crossed again on several revolutionary platforms between my movement to Kaduna to pick up a teaching job after NYSC in Lagos in 1985, back to Ife for post graduate studies in late 86 and eventually drifting to Lagos for media work. I was part of the Kaduna Group consisting of the likes of Issa Aremu, Abdulrahman Black, Festus Okoye and several others who had our regular revolutionary diet in the office of Adams Oshiomhole, then General Secretary, National Union of Textile, Tailoring and Garments. After NYSC in 1987, Didi took up appointment with the ISSSAN where he rose to the position of General Secretary before he joined the Oshiomhole government in 2008. I recall Didi’s role in the protracted discourse hosted by Femi Ahmed (now Femi Israel) in Jos where our then fledgling radical movement made up of freshly minted graduates from Ife, Benin, Nsukka, Lagos, Ilorin and other areas resolved to fuse into the Socialist Revolutionary Vanguard (SRV).

As young bachelors then struggling to put our lives together, Adodo and I pulled funds to hire our first flat in Iju on the outskirts of Lagos in 1990, which became a fortress for many comrades including Gbenga Olawepo (now Gbenga Hashim), Isi Momodu, Gbenga Komolafe, Olaitan Oyerinde, Sylvester Odion Akhaine and many others.
It was therefore some gathering of old war horses when Oshiomhole reached out to Osagie Obayuwana, Abdul Oroh, Adodo, Oyerinde and I to join his cabinet.

Never short of inflicting you with doses of laughing gas, members always reel either at cabinet meetings or social gatherings with rib cracking laughter from Didi’s numerous jokes. Even when Oshiomhole sometimes applies the brake to say, “Didi, there’s no laughing matter today,” you could hardly hold back Didi from making people laugh even in face of adversity.

We supported different strands during the last Edo governorship election in September 2020 but it was disagreement draped around banters. He was always full of live.

There’s never a dull moment with Didi, I guess he may also have laughed himself to death.
May the Almighty God comfort the wife, Ngozi, who has witnessed a string of losses in the last few months, the children, the entire Adodo family and members of the revolutionary movement. We shall surely meet again on the resurrection morning where we shall meet to part no more.