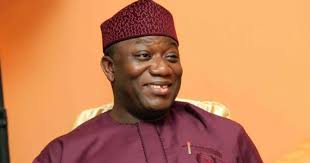 There was no protest by soldiers in Ekiti, the State Government said on Tuesday.

In a statement signed by te State Commissioner for Information and Values Orietation, Akin Omole, said
Government of Ekiti State, Nigeria wish to clarify that there was no protest by soldiers in the state as being mischievously reported on some social media platforms.

“In the morning of Tuesday, June 15, 2021, new recruits into the Nigeria Army, who are indigenes of Ekiti state, came together to pay a courtesy call on H.E. Dr. Kayode Fayemi, Governor of Ekiti State. The unscheduled visit however met with Mr. Governor’s absence, and they were advised to properly channel their request for a meeting so that they can engage with Mr. Governor on a later date, after which they dispersed” Omole said.

According to him, the large number of security operatives around the Governor’s office and the Fajuyi area of the state capital, Ado-Ekiti, understandably attracted considerable attention.

He said further “we would like to use this opportunity to assure the public that there is no cause for alarm.

“The Government of Ekiti state continues to work collaboratively with federal security agencies and their personnel to advance peace and security in the state and the entire country.”