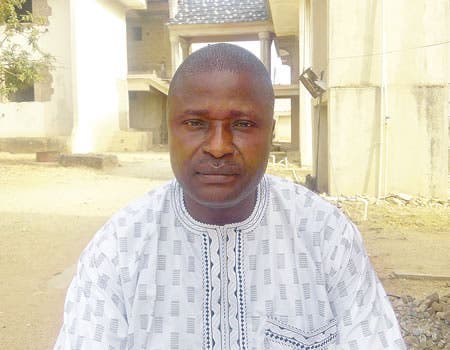 Plateau State appeared to be peaceful until a few months back. What do you think is the cause of the resurgence of attacks and killings in the state?

Those who are carrying out these attacks usually escalate the onslaught against the people during the cropping season.

Their target is to destroy the means of livelihood of the people so as to introduce poverty, subdue and conquer them with a view to taking over their land. The whole thing is about land-grabbing. When the people are preparing to plant their crops, the attacks will come; and when they want to harvest their crops, you see the same thing and the attackers will chase them away from their villages and harvest their crops.

Are the attacks reprisal?

The attacks are not reprisal. Nobody provoked anyone to warrant that; neither was there any form of cow rustling. The intention is to introduce severe hunger. Last week’s attack on the Wereng community in the Riyom Local Government in which six natives were killed was the third time they were attacking that community. In fact, two weeks ago, two youths in the area were ambushed and killed, while three others escaped. And there is only one major road to the village and the villagers have no other road to follow.

Right now, we have intelligence that there are plans to attack more villages in Plateau State, especially in my constituency and other communities in the neighbouring local government areas of the state.
Who are those responsible for the attacks?

I have heard some people calling the attackers unknown gunmen, but there is nothing like that. We have cried out that they are stranger settlements in our communities. If you go to the Rankum community, which the Fulani are claiming to have renamed Mahanga, and down to the Kura Falls community, you will see several new houses erected by these strangers. If you also go to the Rahoss community, you will also notice several new houses with new roofs springing up in the area and extending to other communities.

Who are these people and where did they come from?

Look at what happened in the Foron district in Barkin Ladi LGA. The traditional ruler complained that there were stranger elements in his domain and he wrote a complaint letter to the Special Task Force Commander in the council area. They now called him to withdraw the letter, but he refused and it was that same night that he was killed. So, there is nothing like unknown gunmen. Let’s call a spade by its name and this means that we must tell the truth. These killings are done by our Fulani brothers. No one is saying that all of them are involved in the killings.
Who are the victims?
The victims are mostly the indigenous population, who are being killed and their ancestral lands being taken over by force.

Is the state getting the required attention in terms of checkmating the bandits’ attacks?
I don’t want to see them as bandits.

There are land-grabbers. I told you earlier that they have settled in our communities in their thousands and built houses. Even the Fulani that we know have been complaining as well that there are stranger elements in their midst although they are divided among themselves. Some of them are harbouring the killers and offering tactical support, while some others are not interested in what is going on. So, the killers are not bandits. If they are bandits, they will kill and disappear; but these ones will kill, build houses and occupy the land, and what are they if not land-grabbers? That is what is happening in my constituency.

The kind of attention we are getting from the government is not what the people deserve.
But the people are not convinced and I will give an example of a recent incident in the Jol community, where the Federal Government built a school with about 12 class room blocks. It was built in the Rakum community in my constituency and completed within three weeks or thereabout. The worst part is that it was built during the lockdown, when the issue of COVID-19 was at its peak. The community actually did petition the Federal Government over the school.

All this while, the communities have been crying that the Federal Government is aiding and abetting land-grabbing within their communities and the Federal Government has continually denied that it is aiding the Fulani occupation.
But that school became an obvious example to justify what the people have been crying about, because that school was built by the Sustainable Development Goal office, which is in the Presidency. So, the community petitioned the Presidency and said, ‘Well, we have accused you of helping the Fulani to take over our land and you have been denying it; now, you have built a school from your office without recourse to the people of the community and the traditional rulers, and even without consultation with the Primary School Education Authority in Plateau State. Even the SDG office in Plateau State and the local government authority were not consulted yet, the Federal Government went ahead to build the school.

The Federal Government did not only build the school, it went ahead to give the school a name being contested by the indigenous community. The original name of the community is Rakum, but the Fulani, who are occupying the community after chasing the natives away, claimed to have renamed it Mahanga and that is the name, which the SDG office settled for. To add insult to injury, the Federal Government equally named the school after a Fulani leader.

That is why the native Jol community petitioned the Federal Government and wanted to know who asked for the building of the school. Why was it built without any recourse to all the categories of persons that I mentioned before? Moreover, why should it be named after that Fulani leader?

So, the native community pointed out that there is no single public primary school that is named after an individual in Plateau and demanded to know the achievements of the Fulani leader, who the school was named after and what he has contributed to Plateau State that will warrant a school being named after him.

Source: Plateau Rep, Mwadkwon
Simon Mwadkwon represents the Barkin Ladi/Riyom Federal Constituency of Plateau State in the House of Representatives which has suffered several attacks and killings by gunmen. In thie interview with JAMES ABRAHAM(The Punch) , the two-term lawmaker