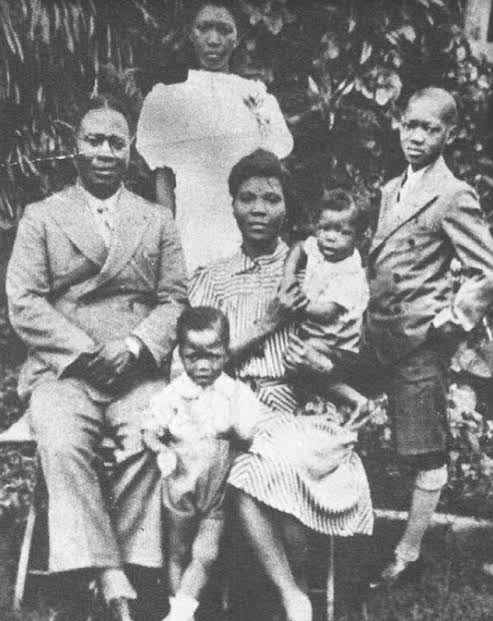 Today would have been the Nigerian trailblazer’s 119th birthday.

Pay your Google Doodle extra attention today. It is honoring Funmilayo Ransome-Kuti, an activist, teacher and politician, on her birthday. She would have been 119 today. Ransome-Kuti became a prominent Nigerian icon as she fought for women’s rights, including women’s right to vote, and was constantly breaking barriers—including being the first woman in Nigeria to drive a car and ride a motorcycle. Her work earned her two beloved monikers: “The Lioness of Lisabi” and “The Mother of Africa.” If that wasn’t enough, she’s also Fela Kuti’s mom.
The doodle, illustrated by Nigerian-Italian artist Diana Ejaita, blends Ransome-Kuti’s accomplishments into Google’s logo and show her actions reflected in women who bear her likeness. The artist is known for using stark blacks and soft colors to show the “strength of femininity,” perfect in a portrait of Ransome-Kuti. If you can’t view the doodle automatically, that is because it will only show up for searches in Nigeria. But, don’t worry, check it out via Google Doodle’s twitter

Mrs Kuti led an uprising against the Alake of Egbaland forcing the monarch to relocate from the city. Her radical history inspired his revolutionary sons, Fela and Beko who stood out iconic in the campaign against military rule and all forms of repression by the Nigerian Government.