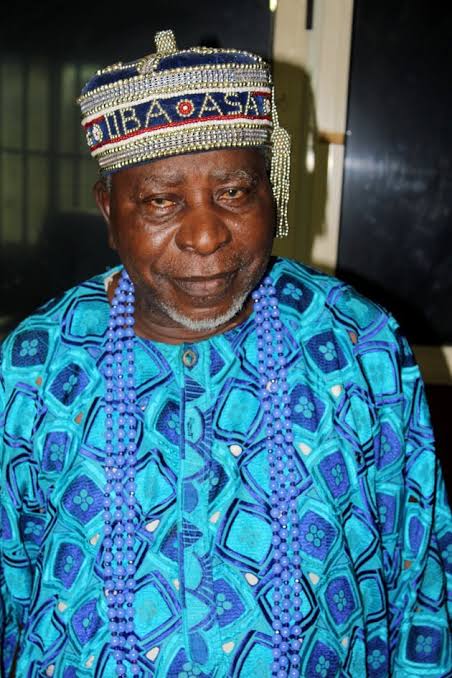 The Governor of Ekiti State, Dr. Kayode Fayemi, has described the late playwright Chief Jimoh Aliu as a great leader whose exit would be missed.

The renowned theatre arts practitioner and prominent indigene of the state passed on Thursday.

Dr. Fayemi said the death of Chief Aliu is a huge loss to the state and Nigeria in general given his contributions to the development of performing arts and the state.

The Governor in a statement signed by the Chief Press Secretary, Yinka Oyeboda and made available to Irohinoodua described Chief Aliu as a rare and extraordinary talent whose impact was felt in the entertainment industry locally and internationally.

He further described the deceased as a multi-talented personality who functioned as an actor, dramatist, playwright, singer, film maker, producer, director, costumes and location manager and sculptor.

He noted that the late culture icon was a promoter of Ekiti brand and was proud of his state of origin in the course of his 61-year-long career on stage.

Dr. Fayemi said Chief Aliu had etched his name in the sands of time and immortalised himself in the hearts and consciousness of the global theatre audience.

The Governor commiserated with the family and associates of the deceased urging them to be consoled by the good life he lived.

“Baba lived an impactful life. He served our dear state, nation and humanity with the best of his creative talent. We shall miss him sorely but we are grateful to God for the legacies he left behind. May God grant the family the fortitude to bear the irreparable loss.” the Governor added.