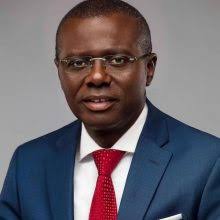 No more reopening of Churches, mosques in Lagos, says Sanwo-Olu

Churches and Mosques will not reopen this weekend, the Lagos State Governor Mr Babajide Sanwo Olu has said.

Irohinoodua was informed that the state government may have taken the new decision based on the increasing number of COVID-19 infections across the country.

Lagos is seen as one of the states affected by the rise. Only this week, a Senator Adebayo Oshinowo died of the deadly virus. Our correspondent was informed that there have been many COVID-19 related deaths that have not been captured by government officials.

Sources said the
Lagos State has declared the indefinite suspension of the proposed reopening of churches and mosques that were billed to open their doors this weekend after nearly two months of shutdown.