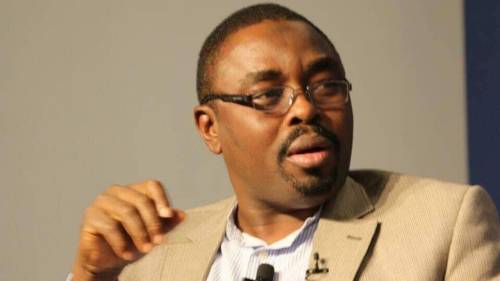 OPL 245: Beneficiaries of $1.1b oil fraud behind attacks on HEDA, Suraju

Crooks who benefited from over $1.1b fraud associated with the OPL 245 scam are behind attacks on Human and Environmental Development Agenda, (HEDA Resource Centre),the Resource Centre for Human Rights & Civic Education (CHRICED) has said.

The group in a statement made available to Irohinoodua on Wednesday condemned the attempts by certain individuals and interest groups to use institutions of the Nigerian State for the sinister purpose of intimidating, harassing and silencing genuine anti-corruption crusaders.

He group in a statement signed by its Executive Director,
Comrade Dr. Ibrahim M. Zikirullahi identified Nigerian leading anti corruption group, HEDA Resource Centre as a victim of orchestrated dirty campaign launched by corrupt Nigerian officials out to smear the name of the reputable group.

Ziririllahi said It beggars belief that anti-corruption campaigners, who are insisting on justice and restitution for sundry acts of looting and plundering of the nation’s scarce resources are being unduly pressured in a bid to silence them. Ironically, the indicted persons, who should be answering for their actions are being pampered and protected using the institutions of the State.

“This disturbing reality is apparent in the curious role currently being played by the Nigeria Police and the Office of the Attorney-General of the Federation, which appear to have lent the weight of their institutions to desperate efforts by some indicted persons to smear and undermine frontline anti-corruption activist, Mr. Olarenwaju Suraj. One becomes worried by the vivid account presented in the Sahara Reporters story of October 10, 2021 on the state conspiracy on the Malabu saga, including the haste with which the case file on the alleged cyberstalking case against the activist was put together,” CHRICED said.

It said it is also shocked and much dismayed about hounding and harassment of Suraj, who has made indelible contributions as far as the fight against corruption and its destructive effects on the Nigerian polity, are concerned. CHRICED attests to the fact that Mr. Suraj is a courageous, and patriotic citizen who put the interest of the country above his personal comfort and convenience, by leading the Nigerian leg of the campaign to hold to account, officials who ripped the country off through the Malabu OPL 245 oil block deal.

He said “Those after Mr. Suraj are the direct beneficiaries of this grand scale larceny against the Nigerian people in which $1.1billion disappeared into the private pockets and bank accounts of public officials. Those monies would have gone into the treasury to fund basic services in health, education, infrastructure and other development goals.”

The group argued that the corrupt elements, who sacrificed the interest of the country on the altar of their greed appear to have succeeded in influencing the Nigeria Police Force to recommend Mr. Suraj for prosecution by the Office of the Attorney-General of the Federation for alleged cyber stalking.

“It is pathetic that the report sent by the Police to the Attorney-General, recommending the anti-corruption activist for prosecution basically rehashes allegations by a former Attorney-General Mohamemd Bello Adoke that an email was forged to incriminate him during trials in Italy and London over the Malabu scandal. It is shameful and embarrassing that Nigerian law enforcement authorities are on the verge of prosecuting a citizen over an email, which the same Nigerian authorities tendered as evidence in courts, both in Milan and London, in the course of the trial over the can of worms that was the Malabu deal”, CHRICED said.

The group invites well-meaning citizens to ask the Police the following questions: if the email in question was the very one tendered in evidence by the Federal Government’s legal team, what is the justification for the Police hounding a citizen by alleging he forged the same email adduced as evidence by the government? Is the Nigerian Police Force, in essence, asserting that the Nigerian Legal Team presented forged documentary evidence before the courts in the aforementioned jurisdictions?

Above all, the same Adoke whose petition is being used as a basis to hound Mr. Suraj is currently being prosecuted by the Economic and Financial Crimes Commission (EFCC) on multiple charges bordering on money laundering. It is therefore strange that while the EFCC is in the process of holding Adoke and his cohort to account, the police appears bent on giving the impression that Adoke is innocent even before the process of trial is complete. This is yet another clear instance of one institution of government working to undermine and sabotage the efforts of another agency within the same government. Unfortunately, the government does not seem to understand that what the elements in the Police and the Ministry of Justice are doing has far-reaching implications for the cases the government is pursuing in other jurisdictions. It is clear what the objective of these conspiracies and shenanigans are – the sinister end game is to discredit a leading anti-corruption activist as a way of muddling up the attempt to hold those who have stolen the nation’s resources through the Malabu heist to account.

However, the most tragic aspect of the persecution of Mr. Suraj is that it is happening on the watch of a government, which made promises to the Nigerian people that it would fight and vanquish corruption. It is now clear that those promises were, not only empty; they were made to hoodwink the electorate at the time. It is galling that the same corruption, which the regime promised to fight is now operating from its inner sanctum. When compromised elements within institutions of the State like the Police and the Justice Ministry become willing tools in the hands of corrupt and unpatriotic elements, one is left to wonder what will become the future of the country. There can therefore be no mistaking the fact that the actions of these elements amount to a violation of the 1999 constitutional provision in Section 15(5), which makes it clear that the “the state shall abolish all corrupt practices and abuse of power.”

Notwithstanding these grotesque and unacceptable realities, CHRICED stands with Comrade Olarenwaju Suraj, as we strongly believe he is innocent, just as we know he will be vindicated. He is only being hounded and coerced because he has demanded accountability, which is the right of every citizen in a democratic system. CHRICED calls on patriotic and well-meaning civil society organizations to speak up, and use every legal means necessary to insist on the protection of the rights of Comrade Suraj. The hostility of the Nigerian State to the well-intentioned campaigns of civil society organizations is already well established. As we would always say, it is Mr. Suraj of HEDA being harassed by corrupt elements today. If Nigeria’s civil society groups fail to speak up in solidarity with him, it could be any other activist tomorrow; and the viscous circle of impunity will continue to haunt all citizens who insist that the right be done.