Synagogue: Intimate encounter with a paradise in the heart of Lagos 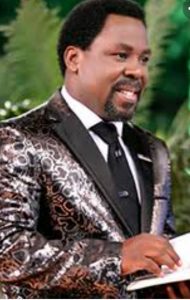 After a tour of the artificial lake resort built in the earth of Lagos which continues to draw millions of visitors from across the world, leaders of Nigerian Human Rights Community, (NHRC) report on their amazing encounter in a paradise on earth.

The gateway was unassuming. Welders, haggling retailers and market women scurried to attend to a spring of endless passers-by. There were women and men, all trying to eke out a living in the usual chaos in many Lagos suburbs. The scenario took immediate transformation as the team of human right leaders, representing the Nigerian Human Rights Community, (NHRC) a coalition of 135 civil society and community based groups spread across Nigeria, stepped into a vast compound located at Ikotun in Lagos. It is perhaps one of the most beautiful places anyone can behold in Lagos, built on a swamp but has become a tourist resort for millions of people from across the world. The resort draws people from Asia, Europe, the Pacific and Africa, North and South America up to the tiniest country on earth. The invitation was aimed at robbing minds on finding a lasting solution to the myriad of conflict in Nigeria and how harmony can be achieved among the diverse ethnic, faith-based and cultural formations across a troubled country. It is an experience worth sharing because none of the delegates had ever behold such a hidden treasure in Nigeria. Millions of Nigerians are also unaware.

As we walked through a wooden aisle into a vast man-made lake suspended on thick iron pillars, we noticed the eyes of those in the team began to bulge into bewilderment. ‘Is this Lagos? I can’t believe it’ Aisha Abass, a lady on the entourage said with a deep breath of curiosity. Located on several acres of land is what looks like a paradise built with the capacity to host come 10,000 guests or more. As we were being introduced to the garden, some charming peacocks welcomed us, beaming their feathers with pride. Flowers adorn every corner, the songs of angels could be imagined, the creeping things and flying creatures, all praising the creator of heaven and earth.

The city was bright and beautiful. A retinue to workers, engineers, iron benders, artisans, in their hundreds, displayed their skill in the vineyard. The city itself is surrounded by high fence made of polyvinyl products, some 30 feet tall with creeping plants stretched on the vast fence. For a moment, the chaos, the noise, the boisterous row of Lagos ceased and the smell of a gracious spirit bewitched.

In the city is an artificial garden, made up of trees sourced from the 36 states of the Nigerian Federation spaced some three yards between each other. Apart from providing cozy atmosphere, they offer shades amidst their whispering and blowing-in-the-wind stem, each tree casting a shadow of it.

Underneath were several miracle-seeking people from all over the world. They laid their tents under the shades; women, children, old and young, infants and the physically challenged people alike, all of different colours and races.

Adjacent the garden, a row of antelopes, many of them foreigners, who had migrated from South Africa, greeted us with something akin to a bow. Their friendliness was unusual, an indication that many may never have been hunted by gun-trotting hunters, unlike the lot of Nigerian antelopes who must endure the persecution of Dane gun carriers who prey on them from dawn to dusk, though, some of the antelopes starred at us with a mix of suspicion and curiosity.

One of our guides said the antelopes have a strange way of behaving. “When its time for prayers, they gather together with respect and decorum until the prayer session ends”, she said.

Though never advertised, the resort continues to command low and high, rich and poor, kings, princes and ordinary folks from across the world. ‘I have never seen a place like this in my life. I have been to more than 35 countries. Nigeria is blessed. When you are here, there is an inevitable feeling that your answer has been heard by the most high”, a middle-aged man from Europe who had been in the garden for days, told us. The lake is cleaned up everyday, backed with excavators that remove the bottom lying loamy, equally used as manure. On one part of the lake were cat fishes, frightening in size, their heads as big as a 75 amps battery, with their ferocious teeth gnashing at us. Michael threw a handful of brown corn, forcing the unusually robust cat fishes to leap into the sky, diving back with a loud splash on the water surface.

On the two kilometer long pavement carved like a circle, dots of chairs made it possible for early morning walkers to relax their body, the bicycles provide succor for the aged, while the pound beneath the elevated concrete provide excursion on the vast lake for visitors using canoes and boats imported from South Africa.

In the vast land are dormitories for men and women. We were let in into the hostels by Mr Micheal, a guide. The wooden double Decker beds were of global standards equipped with materials comparable to anything you can find in the best part of the Western world. There is the family apartment. There is a beautiful library. There is a vast teleport where important dignitaries can perch before coming to the city’s man-made mainland. The teleport is about half the size of a football field, adorned with greenery. A lady who was one of our guides said the design of the edifice, the landscaping, the choice of trees and roses, and the architectural design were all conceived by Pastor Temitope Joshua, the Nigerian whose image is stamped in the heart of millions of people across nations and continent, but yet undermined and even persecuted in his own country.

At the centre of the city, a swimming pool is being built in another detached horizon. There is the bakery section, the apartment for ducks, antelopes, peacocks and giant native fowls. There is also the section for incubators. As we walked through the large city, the slow breath of the lake could be heard. The water is crisp clean, blue and elegant. It’s a city where light never goes off, the neon lights never dim, the lawn kept low and green at all times, the trees trimmed to size and the birds always singing to the delight of visitors. A Muslim member of the delegation said for the first time, he was ‘caught by the rapture of what true religion ought to be.’ Abubakar Malik said ‘ We have people whose interpretation of religion keep people away, but from what I have seen here, if every Church adopts this creative philosophy of seeing religion as humanity, the world will be a better place.”

After a long period of tour, the human rights delegates later returned to a small table where the architect sat, putting on a casual. ‘We started in 1989’, he said ‘Our dream was to build a house for God where everyone from all over the world can come around and speak quietly with Him, the owner of heaven and earth” Pastor Temitope Joshua told us. The dream began in 1989, not without many hurdles, he recalled. First was the flood that ferociously washed away the first attempt at building the church. We had only a few minutes with him and we returned to meet his officials. One of them told us how difficult it was to start the Church. He said flood washed away the Church, first, second and third time, but that the architect did not give up. ‘He kept up oiling his dream with harvests of fasting and prayers which has not turned the city into arguably the most fascinating prayer city in Africa” he said. At the lake are some whites and Asians who work full time. Outside the estate, locals speak with adoration and respect for the garden city. A cleric, Mustapha Adio who lives in the environment said the Church continue to teach people that Muslims and Christians are all children of God.

“Throughout the year, thousands of people come here for support ranging from food, to cash. Many pupils get scholarship here. During COVID-19 peak, the Church became home for millions of people. Widows find succor here. The disabled find this place a source of comfort. There is no discrimination. The Pastor is an asset to humanity” Adio said adding that on many occasions, Pastor Joshua would carry food on his shoulders to feed the extremely poor. Our meeting on finding solutions to the conflict in the country was fruitful. “We are committed to peace and progress of this great country. We want to do everything possible to ensure Muslims and Christians see themselves as brothers and sisters. We want to end killings, hate and bring hope where there is despair in Nigeria”, one of the officials said adding that the different religious groups in Nigeria have a very important role to play in preventing war or any form of crisis in Nigeria. The man of God promised to support the country’s first in recent memory, Christian and Muslim Youth dialogue. The Nigerian Human Rights Community NHRC had organized a similar event in early 2000s which saw several Christian and Muslim youth groups come together to share their fears and aspirations as one children of God

Perhaps, as the country faces upsurge in ethnic and religious conflict, one way that peace can be achieved is for Christian and Muslim leaders to strengthen brotherhood among people on the streets, promote love, affection through practical interventions in manners that will assist Nigerians to see themselves as one. Adio was right when he said emphatically: True men of God have a strategic role to play in peace building and conflict prevention and more importantly in poverty eradication. This is what Synagogue is doing. It may just be wise for many religious leaders in Nigeria to find a common front to collectively confront evil, so that Nigeria can be great again.