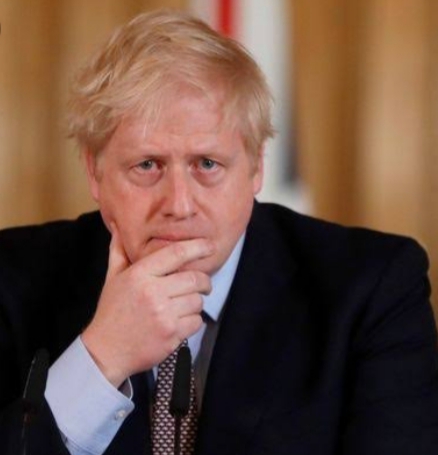 The United Kingdom, (UK) will grant asylum to members of Indigenous Peoples of Biafra, (IPOB) and Movement for the Actualisation of the Sovereign State of Biafra, (MASSOB)

This is seen as a victory for people of South Eastern Nigeria who have launched renewed campaign for self determination.

Many IPOB members were believed to have been killed by Nigerian security forces in crackdowns that began in 2017.

“This is a huge victory for Igbo people. It shows that while the Nigerian government say we are terrorists, the international community is honest enough to admit that we are freedom fighters” Mr Alloy Agwu, a member of IPOB told Irohinoodua on Tuesday.

He said the European Union and the United States have little option but to follow the UK example. He said ” This is in line with international law. Self determination is recognised by international law. Nigeria cannot create her own fascist laws different from global standards” Agwu said.

According to reports by The Cable on Tuesday, the UK Visas and Immigration (UKVI) has released new guidelines to its decision makers on how to consider and grant asylum applications by members of Biafran secessionist groups, TheCable can report.

Asylum is to be granted to “persecuted” members of the Indigenous People of Biafra (IPOB), which has been designated as a terrorist organisation by the Nigerian government, and the Movement for the Actualisation of the Sovereign State of Biafra (MASSOB).

IPOB was formed in 2012 by Nnamdi Kanu and is believed to be an offshoot of MASSOB, which was founded in 1999 by Ralph Uwazuruike.

Both are campaigning for the secession of mainly the south-east but also several other ethnic nationalities from Nigeria.

In the just-released ‘Country Policy and Information Note Nigeria: Biafran secessionist groups’ seen by TheCable, the UKVI, a division of the Home Office, directed its decision makers to consider if a person “who actively and openly supports IPOB is likely to be at risk of arrest and detention, and ill-treatment which is likely to amount to persecution”.

According to the guidelines, the decision makers “must also consider if the [Nigerian] government’s actions are acts of prosecution, not persecution. Those fleeing prosecution or punishment for a criminal offence are not normally refugees. Prosecution may, however, amount to persecution if it involves victimisation in its application by the authorities”.

An example of persecution, the UKVI said, is “if it is the vehicle or excuse for or if only certain groups are prosecuted for a particular offence and the consequences of that discrimination are sufficiently severe. Punishment which is cruel, inhuman or degrading (including punishment which is out of all proportion to the offence committed) may also amount to persecution”

They are also to “consider each case on its facts to determine if the person is likely to be of interest to the [Nigerian] government and whether this is for the legitimate grounds of prosecution which is proportionate and non-discriminatory”.

The onus is on the applicants to demonstrate that they will be “at risk of persecution or serious harm” in Nigeria, according to the guidelines.

In particular, the decision makers are to consider each case on its facts, taking into account:

profile, size, and organisation of the group/organisation to which the person belongs and its activities
whether a person in the UK would wish to continue their activism if returned to Nigeria (if not, why not)
whether the group/organisation has a presence in Nigeria as well as outside of the country and any evidence that it is being monitored by the government
person’s profile and political activities (including those online) and relevant documentary or other evidence
profile and activities of family members
past treatment.
The UK acknowledges that the Nigerian government has a responsibility to maintain law and order, “to prevent and protect the public against acts of violence”.

It said where supporters or members of MASSOB or IPOB “have incited or used violence to disrupt public order, the government may have legitimate grounds to arrest and prosecute those people”.

“However, where the government has arrested and detained persons who, for example, peacefully participate in demonstrations and has then charged them with treason or the person is subjected to periods of detention in degrading or inhuman conditions, such treatment is unlikely to be fair or proportionate, and is likely to amount to persecution,” the guidelines noted.

The UK defines ‘Biafra’ as an area “in the south-east of Nigeria that comprises the states of Abia, Imo, Ebonyi, Enugu and Anambra. The area is inhabited principally by Igbo (Ibo) people who are one of the country’s 3 largest ethnic groups”.

The UK, which is a signatory to several human rights and refugee conventions, believes Biafran secessionist agitations are covered by one or more of the following policies:

A person is reasonably likely to face a real risk of persecution or serious harm
The Cable reports that the general humanitarian situation is so severe as to breach Article 15(b) of European Council Directive 2004/83/EC (the Qualification Directive)/Article 3 of the European Convention on Human Rights as transposed in paragraph 339C and 339CA(iii) of the Immigration Rules
The security situation presents a real risk to a civilian’s life or person such that it would breach Article 15(c) of the Qualification Directive as transposed in paragraph 339C and 339CA(iv) of the Immigration Rules
A person is able to obtain protection from the state (or quasi state bodies)
A person is reasonably able to relocate within a country or territory
A claim is likely to justify granting asylum, humanitarian protection or other form of leave, and
If a claim is refused, it is likely or unlikely to be certifiable as ‘clearly unfounded’ under section 94 of the Nationality, Immigration and Asylum Act 2002.
However, decision makers are directly to still consider all claims on an individual basis, taking into account each case’s specific facts.