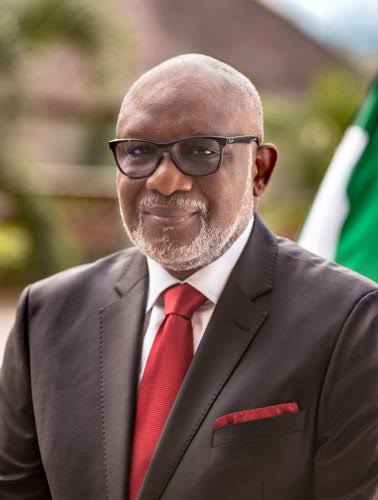 Fulani herdsmen in Ondo State have killed two men and kidnapped another, a businessman.

The herdsmen had invited the businessman to boy cow after which they killed two people that accompanied him while himself was taken away.

The Fulani herdsmen entered the community on Monday with multiple weapons forcing locals to flee.

Irohinoodua heard that the men got calls from the herdsmen who have been their clients for many years to come and buy cows at moderate prices.

In visiting the herdsmen, they left them by the highway and went inside the bush from where they came with assault rifles.

One of the men who escaped, Nasiru Jamiu, a Muslim Yoruba was taken to the nearest hospital where he was receiving treatment as at press time.

Jamiu told journalists: “One of the Fulani people that sell cows to my boss called him to come and buy cows. He (the Fulani) had been selling cows to him before this time; they had been transacting business together for a long time.
“After calling my boss, we first went to the place on Saturday; it was a long journey. My boss asked us to turn back that he did not feel like going further. The guy kept disturbing him and convinced him that they would bring the cows to a nearby village.
“So, when he called yesterday (Monday), he told us that some people would come and meet us at Ala town so that we would proceed to where the cows were kept. On getting to Ala, they took us to where the cows were and asked us to park our vehicles so that they could move the cows to the main road.
“As they entered into the bush, four of us waited beside the vehicles. Surprisingly, they returned with guns and started shooting into the air. They kidnapped my boss. The three of us left tried to run for our lives; as I was trying to move, they cut me with a machete. I fell and pretended as if I was dead.
He said further “When I realised that they had left, I stood up and ran around the bush. It was only my boss I saw that they kidnapped, but the other two of us, we still don’t know their whereabouts till now. Maybe they later kidnapped them too, we are not certain.”
The state Police image maker Mrs Funmilayo Odunlami said, “Initially, we thought it was a case of robbery, but when we got to the scene, we saw that it was a case of kidnapping and murder. A team of policemen is in the area to get clues on the whereabouts of the fourth person and the kidnappers and to ensure the last victim is rescued alive. We will apprehend the perpetrators.”