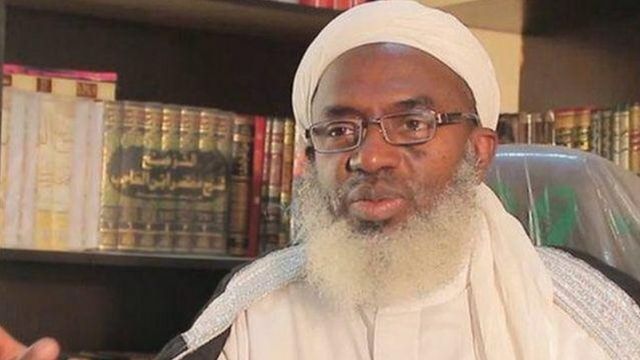 Last week, Sheik Ahmad Gumi visited the historic Yoruba town of Igboho. Many reasons suggest Gumi’s visit was not friendly, but aimed at passing a strong message that he and his cohorts would wish to see Igboho town their sphere of influence. His visit further consolidate and gives power  and legitimacy to the threats armed groups pose to the livelihood of Yoruba people in their ancestral homeland. Do many people really know the place of Igboho in Yoruba history?

The town is known for many timeless accounts, one of which was the fact that it once hosted the seat of power of the old Oyo Empire, after its temporary relocation, during attacks by alien forces some 600 years ago. For those who may not know, Igboho was established by Alaafin Eguguojo as the new capital of Oyo Empire in the 16th century. This followed the attacks on Oyo Ile by alien forces. Igboho remained the political and administrative capital of Oyo Empire until Abipa mobilized some 47,000 Yoruba soldiers to recapture Oyo Ile, the initial capital of Yoruba Oyo Empire. Before the return to Oyo-Ile, Igboho had hosted four Alaafin who administered from Igboho, the vast empire that extended to today’s Togo and Ghana. The four Alaafin lived, died and their sepulchers remain till date in Igboho as written in the chronicle of Yoruba history. Igboho has natural defensive walls, fortified by Yoruba military engineers of the 16th century, built to resist invasion and provide a fortress for Yoruba army of the middle age. It is this historic treasure of the Yoruba Kingdom that produced the flaming activist, Sunday Adeyemi who has again reenacted the city’s pride in Yoruba history of resistance against determined enemies and it is this city that Ahmad Gumi visited recently with a lot of cynical remarks and prejudices. During his visit, Gumi, accompanied by Prof Usman Yusuf, another prominent Fulani scholar described Igboho as a “Muslim Community” as against the plural nature of the historic site, host to Yoruba of all faith.  Gumi constantly portray himself as the spiritual buffer and fortress for the ravaging terrorists. He visited them in their camps, dined and wined with them and even told Nigerians that the terrorists are “going nowhere.” Igboho has been a theatre of blood and anguish: kidnapping, rape of married woman and children, abduction, savage killings and violent destruction of Yoruba farmers’ produce. Gumi kept sealed lips on these atrocities but was proud to arrogantly puff about the need for ‘One Nigeria.” While in Igboho, he derided the resistance violence of armed herdsmen and was deliberately silent on the wave of terror driven by his people. This is deliberate provocation of Igboho people. The Federal Government watches as Sheik Gumi has almost become a law, towering above the Nigerian State, hiding under puritan religious hegemony. His rhetoric promotes religious sectarianism. He appears to justify actions of violent elements of his ethnic stock while his disdain for any act of resistance in other parts of the country is loud. While in Igboho, he spoke derisively about Chief Sunday Igboho, claiming he was in Igboho for peace, yet, he met neither the leaders of the town, the custodians of the city’s time honoured tradition, nor did he in any way relate with the legal authorities either as Oyo State Government or the local government he visited raising fundamental questions about his mission. He did not meet with traditional ruler of Igboho or leaders of the communities. This shows his mission was to boost the morale of his troop. He was rather pompous in pointing to those he called ‘Fulani’ people, grazing their cattle in Igboho town, as if the proposed law against open grazing is futile. His team referred to Sunday Adeyemo contemptuously as a ‘detainee in Benin Republic.’ This is an assault on the psyche and dignity of the people of this historic town and the entire Yoruba Nation. Gumi could not have visited these towns without police escort.  The Federal Government controls the security apparatus. It  then suggests that the FG is aware and probably gave the nod for the insulting and culturally insensitive tour. On these accounts, it should be understood that the visit of Ahmad Gumi was a conscious decision to prove that his people maintains and sustains control over any territory in Nigeria. He was in Igboho to reinforce the false illusion of conquest and dominion. The visit is high grade aggression. Gumi, the first son of Sheik Abubakar Gumi, who was the engine room for the promotion of faith in Northern Nigeria under the late Sir Ahmadu Bello, has given the signal that while he sustains the legitimacy to intervene on issues of terrorism in the North, he also has the mandate to determine who is just when the question of resistance against terrorism arise in indigenous communities in the South. Sheik Gumi’s visit has promoted rage and discontentment across the land. His background should open closed eyelids about his mission. He attended Ahmadu Bello University, Zaria and later enlisted at the Nigerian Defence Academy, (NDA) where he rose to the position of a Captain. He is currently the Mufti and Mufassir at the Kaduna Central Mosque. He believes the Fulani armed groups are fighting ‘ethnic war’, ‘war of survival’ but hates to see any form of resistance against them coming from their victims, in an orgainsed manner, as Igboho has shown. We call on the Governors of the South West States to see the visit of Sheik Gumi for what it is: A assault on Yoruba civilization. He should be called to order.