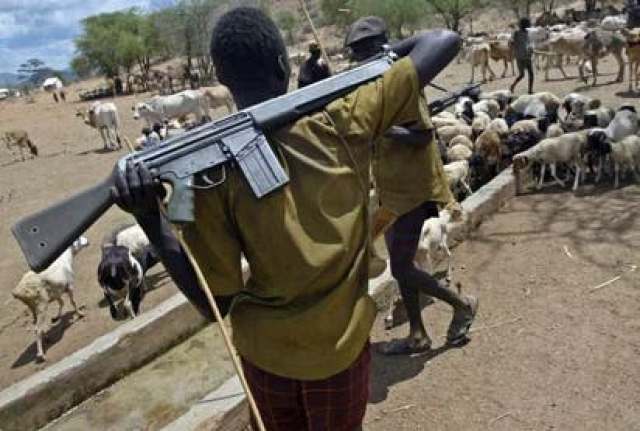 Suspected armed herdmen kidnap couple about to wed in Ekiti

A few days before their marriage, bride and bridegroom have been kidnapped in Ekiti on Monday.

A young man about to marry a beautiful lady have both been kidnapped few days before their wedding.

The man and his wife-to-be were seized at gunpoint by people suspected to be armed herdsmen in Ekiti State.

“We suspect the kidnappers are armed herdsmen. They have been operating in this axis bringing misery to many homes” Ayo Babagbemi who lives in Ikole Ekiti told our correspondent. He said Amotekun and the Police responded promptly to distress calls adding that many locals were impressed by the Police and Amotekun responses.

The suspects have not however been arrested as at press time.

The incidence took place in Ekiti between Ilasa and Ayebode located in Ekiti East Local Government Area of the State. The police in Ekiti State has confirmed the kidnap.

He said “Immediately we got the report, the Commissioner of Police Babatunde Mobayo mobilised our men and officers to surrounding forests.”

He said further “As I speak, our men are working in conjunction with Amotekun Corps, local hunters and vigilante groups in combing the forests to free the victims.”

Local sources said the wedding is expected to take place this weekend.