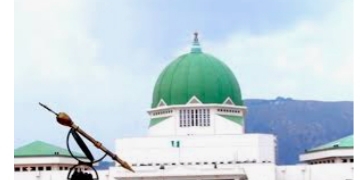 The Federal Inland Revenue Service, (FIRS) has called on the National Assembly to give it the exclusive right to collect Value Added Tax, (VAT).

In a letter addressed to the National Assembly, the Executive Chairman, FIRS, Muhammad Nami
insists that the FIRS has the right to collect and keep VATs from state governments.

The agency also called on the National Assembly to create a Special Court on Tax that would address VAT dispute.

Issue of VAT collection has in recent times tested Nigeria’s Federalism. The Rivers State Government had secured a High Court Judgment giving the state the right to collect VAT.

The ripple effect is being felt across the 36 states of the Federation.

The Punch Newspapers on Wednesday said it obtained a letter signed by the Executive Chairman of the FIRS, Muhammad Nami, and dated July 1, 2021.

The newspaper said the letter, was sent to the Chairman of the Constitution Review and a member of the House of Representatives, Idris Wase.

References number FIRS/EC/CWREP/0416/21/037, the letter was despatched to Wase. It was titled, ‘Request for sponsorship of a bill for the establishment of the proposed Federal Revenue Court of Nigeria and the insertion of Value Added Tax under item 58 of the exclusive legislative list’.

“The Federal Inland Revenue Service further proposes for the amendment of Section 251 (1) (b) of the Constitution of the FRN 1999 (amended) by removing the exclusive jurisdiction of the Federal High Court only on anything connected or related to federal tax matters since same would be vested on the proposed federal revenue court.

“The Federal Inland Revenue Service also proposes for the insertion of value added tax immediately after Stamp Duties under item 58 part II of 2nd schedule of the 1999 Constitution of the FRN,” the newspaper quoted the letter

The letter also stated “The Federal Inland Revenue Service appreciates the maximum cooperation and support we are receiving from your good office on tax matters generally.”

It stated further that “The FIRS therefore wishes to further request that the House of Representatives consider the request for the establishment of the Federal Revenue Court.”

“The FIRS hereby proposes for the insertion of Section 254(G) to 254 (L) in the 1999 Constitution of the FRN to provide for the establishment of Federal Revenue Court, theThe FIRS in the letter, noted that Item 59 of the Exclusive Legislative List Part 1, 2nd Schedule to the Constitution of the FRN 1999 as amended vests the powers to make laws on anything related to tax matters in Nigeria, on the National Assembly.

“However, the enactment of Section 228(1) and 230(1) of the 1979 Constitution of FRN, renamed the Revenue Court to Federal High Court. appointment of Chief Judge, power to make rules for the proceedings, the appointment of judges of FRC and the exclusive jurisdiction of FRC on federal tax matters.”