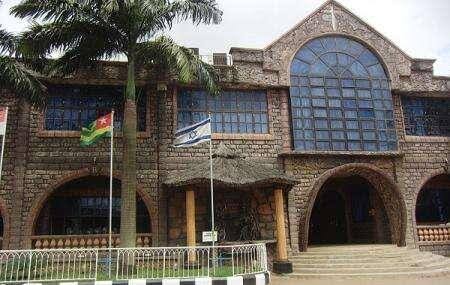 Who will save Pastor Joshua’s legacy from Ruin?

The setting up of the Synagogue Church of All Nations, (SCOAN) was not without an act. In life, few people usually dream of an idea but if such ideas become great trees planted by the rivers of waters, it becomes useful to millions of people all over the world.

Pastor TB Joshua had a great dream. He alone conceived of the idea of setting up a global church founded on the greatest humanitarian values. He started the idea at Ikotun-Egbe where he was inspired by the spirit. Pastor Joshua could not have done it all alone. He had lieutenants; he had people who he invited to join him in the journey of life. It was a tough moment for the foundation members. They all collectively made sacrifices. They toiled. At least about three times, flood ravaged the original site. But they stood their ground. They worked hard. They suffered in order to ensure the growth of the Church. Some of them were very young at this time, like the motivator himself.

It should be recalled that Pastor Joshua’s disciples and other founders made tremendous sacrifices to sustain the momentum. This was against the background of challenges both from nature and from man. There were threats. There were tribulations. They triumphed.
All these happened long before the Church became a global brand. When the Church became eventually known all over the world, Pastor Joshua did not at any time betray the founding members. It took several years for the church to be noticed by Nigeria and then by the World.

The Church within the shortest time began to grow like wildfire. These founding members, in his wisdom, Pastor TB Joshua made them members of the Board of Trustees, at least some of them. The Church spread across the world, creating ripples of faith, love and affection, drawing many people the way nectar drew butterflies. In the past 30 years, Synagogue Church of All Nations, (SCOAN) has become Nigeria’s most internationally accepted faith-based organization. At the risk of being immodest, there is no Church that has contributed to Charity compared with SCOAN in Nigeria. The spiritual aspect of the Church is the guiding light and the motivator of all things. It is what gave inspiration to the grandeur of the Church.

However, with the death of Pastor Joshua, it should not be the end of the Church. Unfortunately, what we are seeing now is the conscious attempt to take over the Church by Mrs Evelyn Joshua. There are many issues that are being raised: In the first instance, what is the spirit preparedness of Mrs Evelyn Joshua? The truth is that she was never part of the spiritual caucus of the Church. Many people see here as a diligent housewife and nothing more. She has not been associated with any miracle in the Church. She never led even a small congregation of the Church. She was not in any way involved in the beginning. She came into the life of Pastor Joshua only in the middle when the Church was already firmly established. She is not associated with any spiritual powers. She was not part of the Spiritual warriors in the Church.

Administering the finances of the Church can be done any Chartered Accountant, but not the spiritual aspect. Leading a Church of SCOAN status demands a lot of spiritual preparedness. SCOAN is not a business outfit driven by profit. It has to do with confronting individual and collective spiritual needs, healing, prophesies and special relationship with being and essence. Without this, the Church is nothing.

This is what right thinking men and women hope Mrs Evelyn Joshua should understand. The fact is that the only person qualified to lead the Church can only be a Pastor from any of the disciples, already anointed by the Pastor himself and we have some of them. Unfortunately, it appears Mrs Evelyn Joshua is only interested in driving away the founding members, both at home and abroad, so that the vast estate can be turned into her own private fiefdom. Nigerians who wish SCOAN well should pray for the Church at this crucial moment so that the whole empire will not go down in ruin.