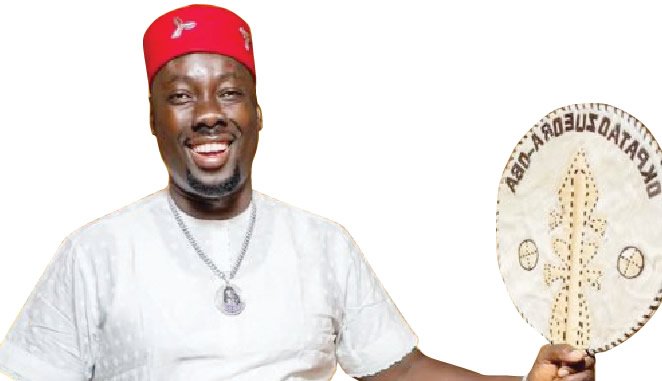 A social actor Obinna Iyiegbu, refered to as Obi Cubana may be charged for crime including tax evasion and money laundering.

Cubana was arrested on Monday by the Economic and Financial Crimes Commission, (EFCC) in Abuja.

Irohinoodua was informed on Tuesday that the controversial socialite known for throwing cash around social events may face the claws of the law.

“He has been under investigation for some time. There is the prospect that he will be charged for money laundering and tax evasion” an official of the EFCC who does not wish to be named told Irohinoodua.

Since his controversial outing during his family burial ceremony in Anambra, Cubana has been under public scrutiny especially in the social media where Nigerians are sharply divided on his lifestyle.

The country was agog with clips of his outing in Anambra where he displayed naira and dollars in the open spraying a huge population of locals that attended the event. He raised eyebrows when he slaughtered 200 cows during the burial of his mother in Oba, Anambra State.

Curiously, Cubana at the event was accompanied by armed policemen. The event was also attended by Abba Kyari, currently facing United States Federal Bureau of Investigation, (FBI) probe for his link with fraud suspect, Hushipupi